Why FOSS is broken 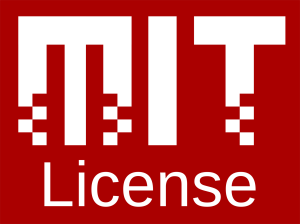 Does FOSS really fit the needs of independent developers?

There is wide discussion in the software industry about the choice between Free/Open Source licensing and proprietary licensing. While both sides have their points, I would like to discuss this topic from the independent solo software developers point of view.

I am speaking about developers who choose to do things solely by themselves from the beginning, without co-authors. Actually, this is quite a common way to start a project. Whether it be a toy project or maybe something bigger, people usually choose either copyleft-like(aka GPL) or permissive-like(aka MIT/Apache) licenses when publishing their work.

But whatever FOSS license one has chosen, all of them are designed for a collective development. While I agree that this is a good way to develop infrastructure-wide things such as common ecosystem libs or even Linux. It allows anyone from the community, or outside of it to contribute required features or just help with code maintenance, yet I doubt it is the best approach for a solo author working on isolated software products.

First of all a solo author has their own unique vision on how the project should be built and evolve, a vision of its core design. We rarely see books written by a collective of thousands of co-authors across the world. We rarely see scientific articles or visual art distributed on FOSS-alike principals. And it's not bad, isn't it?

Another point is that by publishing the project under any FOSS license, ownership of the work (as an intellectual property) is blurring away. At some point it starts to be unclear who really owns this product. Perhaps it was a point of the FOSS movement "founding-fathers", but nowadays it doesn't practically protect a society of independent developers from the business exploitation of their work. And moreover as we know this is even applicable to GPL and other copyleft-like licenses. If exclusive copyright ownership persists in the hands of it's author, they at least in theory can enjoy more straightforward legal protection. Same as authors in many other fields of creativity(such as writing, art and other).

To sum up, I respect the FOSS movement in many ways. It brings to the world a lot of great practices, such as source code public audit, distribution of knowledge, and the possibility to use the software itself for free after all. But, I think, public contribution to the project assumed by the FOSS licenses can’t be optimal for all kinds of software. Using the FOSS licenses feels like bringing the work to the collective public domain. And it leads to some negative consequences as well. I believe that all of these positive features mentioned above (basically, source code availability for the public), can be received just through the normal copyright laws, and by providing source-available license for a specific project, but keeping exclusive ownership of the work in the hands of its author.

Nevertheless, solo developers keep using FOSS for their work distribution. Maybe I miss a point here, and I would like to hear more opinions from the community on this topic.